Uncle Reece has a plan. He also has a message. And even more so, he has a purpose. Though it would be easy for most music listeners to classify Uncle Reece as a Gospel artist the Jacksonville, Florida native has already carved out his own path. “I really didn’t fit anywhere, so I quit trying to fit in,” says the singer/rapper who’s musical style meshes together Gospel, Hip-Hop, R&B, Reggae and, Contemporary Christian. With the release of BOLD, Uncle Reece is ready to preach the good word of God through his music.

For a young African-American male growing up on the streets of Jacksonville, Florida it was hard to hear God’s message. Raised in a Christian household Uncle Reece’s parents gave him a choice at the age of 13, not wanting to force his hand and make him go to church. “I got a chance to see what real Christianity was, and then I got to see the fake. What my parents had was real, and that’s why they asked me to do what I believe,” he says. He decided not to go. It would be a few years before he rediscovered his faith.

“I met some Christians, some people my age that loved me for no reason. It was kinda crazy.”

As he tried to stay out of trouble and avoid the vices of the inner city streets that were swallowing his peers, Uncle Reece struggled through high school. But at 19 years old, arrived at a crossroads in his life. “I met some Christians, some people my age that loved me for no reason. It was kinda crazy. They were so cool, so kind and nice that it forced me to look at myself. It was the first time I saw myself for who I really was.” He goes into depth about his misguided teenage years on the personal “My Mess.” Says Uncle Reece, “The song talks about where God really found me, being stupid, cutting class, instead of getting my lessons.”

But while he initially looked to be saved at a Church, Uncle Reece says he was almost turned away. “Statistically, the most Un-churched population in the U.S. is the African American male from 19-30, because when we show up, we aren’t always welcomed,” Uncle Reece explains, before recalling a story that has stuck with him through the years. “The first time I went to church on my own, I was 19, and into some foolishness. I pulled into a church and I was looking for God for real.” Uncle Reece says that a woman at the door questioned his dress code. “This lady was like, ‘Son, you didn’t have no pants?’ So I left. I could have died that weekend. You say you represent God, but I wanted God, and because I met you first, I didn’t get him.”

“We should all be able to express the way we love God. I lift my hands, I like to scream. That’s the way I experience God.”

Fortunately, on Bold, Uncle Reece isn’t confined to a Church, and there are no boundaries when it comes to his praise. To put it bluntly, this ain’t your grandmother’s Gospel music. On his first single, “Until I Pass Out,” Uncle Reece belts out heartfelt vocals over an uptempo, drum-heavy beat, produced by the Grammy Award winning Jon Jon Traxx (Beyonce, Brandy, and Sugarland). “I’m aggressive, athletic and energetic, even when I worship God,” says Reece, whose musical persona isn’t much different from his worship style. “When I would go to Church, I would go to the front and start jumping around like I’m at a concert, and everybody would be looking at me like I’m crazy,” he says. “We should all be able to express the way we love God. I lift my hands, I like to scream. That’s the way I experience God.”

Musically, Uncle Reece teamed up with his childhood friends, the Trump Boys, who have worked with T-Pain, Bobby Valentino and others for Bold. With an energetic vocal presence and an undeniable Hip-Hop swag—not to mention, a head full of dreads, Uncle Reece resembles more of a rapper than a Gospel artist. “I’m not a Churchy person. I’m not a religious person,” he admits. “I’m probably going to get swallowed up in Gospel.” But Uncle Reece is helping to usher in a new breed of Gospel artists, one that grew up on Hip-Hop and speaks to a younger generation, but one that also happens to be Christian. “I’m a fan of Drake. I’m a fan of T.I. and I’m definitely a fan of Kanye, Jay-z; an the Notorious BIG. I’m inspired by OutKast, but I’m also inspired by Hillsong, LeCrae, and of course, Kirk Franklin,” he says. This blended influence can be heard on songs like the uplifting “Creation” and the sentimental “Have Your Heart,” where Uncle Reece spits his lyrics over a more traditional Gospel sound.

Uncle Reece’s story is a testament to how God’s presence can change someone’s life. After he got saved, he enrolled in Florida State, and became a VP in the student government. He earned a 3.8 GPA and graduated with an Associates’ Degree in Mathematics. “At that time in my life, I had just given my life to God, and music represented a lot of stuff I wanted to get away from. I associated music with the things I had left behind,” he reveals. Taking a hiatus from even listening to music, Uncle Reece started the T-shirt company, “Without Jesus I Suck!” that has over 292,000 Facebook fans, was featured on CNN, FOX News, and has been endorsed by the likes of Mary-Mary, Donnie McClurkin and Tye Tribbett. Eventually, Uncle Reese figured out that he didn’t have to leave the music alone—in fact, he could make his own music, on his own terms. Now, having already broken through the Gospel Billboard charts (the independently released “Until I Pass Out” reached #21), Uncle Reece message is bold enough to go where many other artists, especially rappers, have been afraid to go. “A lot of people who listen to Rap can’t accept a positive message through that art form. I come rapping bout Jesus, and they not even gonna listen. But as time progresses, gospel rap is going to get bigger.” You better believe.

“I really didn’t fit anywhere, so I quit trying to fit in.” 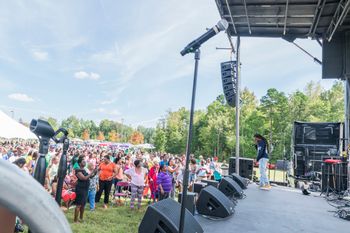 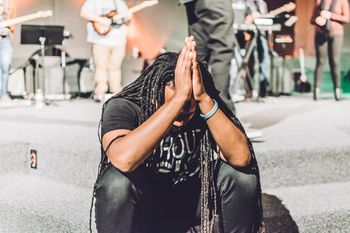 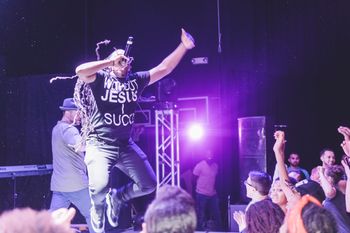 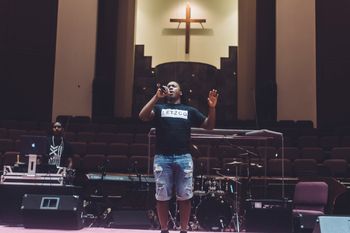 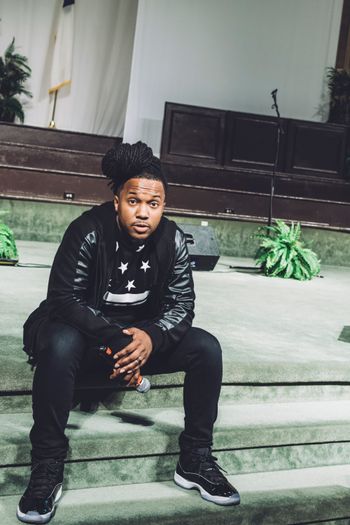 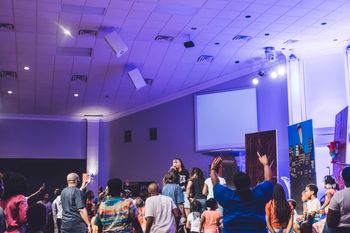 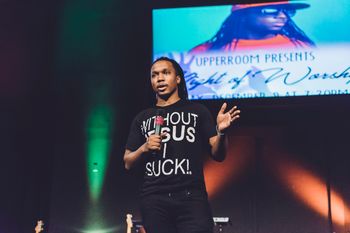